For over 25 years, Carrie has excelled as a home mortgage lending professional. Her commitment to your home's financial well-being is exceptional. The relationships that Carrie has formed with her clients, business partners, and associates are the most important part of her daily business. She has a deep commitment to consistently live up to her word and giving the relationships she has formed through the years the attention and dedication that they deserve. Originally from Hannibal, Missouri, Carrie moved to the central Missouri area in 1996. Carrie is very active in her community serving as past president of her local business networking chapter in Columbia, then involved with a local networking chapter in Jefferson City, and very active with raising over $30,000 for the Central Mo Honor flight. Carrie served as president and vice president of the Ashland Park Board successfully updating her community park and tennis courts as well as annual festivals. Carrie is a member of the WCR of Boone County and Cole County, a member of the chamber in Columbia, Ashland, and Jefferson City, MO. Previously Carrie owned and operated a local mortgage company. In 2010 she closed the doors and ventured into the banking industry with Providence Bank and successfully assisted in growing their mortgage division, then accepted a position as a team leader/manager with Landmark Bank growing a home mortgage center team serving Columbia, Ashland, Jefferson City, down to the Lake of the Ozarks.


After the sale of Landmark Bank, Carrie decided to share her expertise in the mortgage industry. Carrie joined USA Mortgage as the manager/sales manager of her branch in Ashland, MO. Her team has grown and now covers not only the Ashland area, but Jefferson City, Lake of the Ozarks, and Houston Mo.


Carrie and her team have closed thousands of mortgages over the last several years. We look forward to meeting you and making you another one of our happy clients.

Select the edit icon to add your custom html

Select the edit icon to edit your custom html 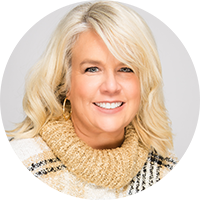